Olive oil has long been considered the healthiest fat around. The Greek poet Homer called it “liquid gold,” while Hippocrates, widely considered the father of medicine, referred to it as “the great healer.”

However, not all olive oil is created equally. Most of the celebrated health benefits associated with olive oil actually belong to a single grade: extra virgin olive oil (EVOO).

Thousands of studies have been published linking extra virgin olive oil consumption with a wide range of benefits from its well-known heart-healthy qualities to more obscure ones, such as increasing testosterone in men with insufficient levels.

But what is it that makes extra virgin olive oil better than the rest? And why exactly is Homer’s “liquid gold” good for you?

For thousands of years, the people of the Mediterranean basin have consumed olive oil as the main source of dietary fat.

Anecdotal evidence suggested they were living longer and healthier lives than their animal-fat-consuming neighbors to the north and across the Atlantic.

In 1958, Ancel Keys, a physiologist at the University of Minnesota, postulated that there was a correlation between people’s diets and the observed incidents of coronary heart disease.

Keys’ landmark Seven Countries Study was the first to suggest that not all dietary fats are created equal.

The study’s findings showed that Greeks had lower rates of heart disease despite their high-fat diet, with olive oil being the main source of fat.

Other countries with high-fat diets from meat had higher rates of heart disease, suggesting that the type of fat consumed made a difference. The findings propelled the Mediterranean diet to popularity and fame outside of the Mediterranean basin.

Monounsaturated fats are fat molecules with fewer hydrogen atoms bonded to their carbon chain and a curved double carbon bond, which makes them liquid at room temperature.

All fats – from saturated and trans to monounsaturated and polyunsaturated – help the body absorb vitamins and minerals, build cell membranes and are essential for the mechanisms that cause blood clotting, muscle movement and inflammation.

In short, the type of fat of which extra virgin olive oil is mostly comprised is partially responsible for its cardiovascular health benefits.

Polyphenols are the powerful antioxidants that make EVOO superior

While its monounsaturated fat content is certainly one of the main drivers behind olive oil’s heart health, its myriad of other benefits are ascribed to its phenolic content.

Polyphenols are attributed to 99 percent of olive oil’s health benefits, according to Nasir Malik, a plant physiologist at the United States Department of Agriculture’s research service.

Polyphenol is an umbrella term for a class of organic chemicals found in several types of plants and works as a powerful antioxidant. More than 8,000 polyphenols have been identified, and EVOO has 25 different types of polyphenols.

Hundreds of studies over the years have shown that polyphenols are responsible for a range of benefits from lowering the risk of prostate and breast cancer to mitigating the effects of dementia.

What does the latest research say about the health benefits of extra virgin olive oil?

New research on the health benefits of olive oil is constantly being published by both publicly funded and private entities. To help parse the vast amount of information available on the topic, we’ve included some of the most salient points below.

According to the World Health Organization, cardiovascular disease is the leading cause of death globally.

See Also:Olive Oil One Factor in Extraordinary Longevity of Some Sardinian Residents

However, an April 2020 study published in the Journal of the American College of Cardiology concluded that consuming just a half-table spoon (8.8 milliliters) of olive oil daily could lower the risk of contracting heart disease by 14 percent. Researchers arrived at this result after monitoring health and diet data from 93,000 adults for 24 years.

Although the researchers told Olive Oil Times that it was impossible to know what grade of olive oil the participants consumed (i.e., refined, virgin or extra virgin), they said that the benefits were more likely to have come from EVOO.

Endothelial function measures how well blood vessels expand when blood is pumped through them and is an independent predictor for cardiovascular disease.

The polyphenols present in the extra virgin olive oil modulated oxidative stress in the blood vessels, which lowered inflammation, a common symptom in many heart disease and stroke patients.

Cholesterol is a waxy substance that circulates in the blood and helps to construct cells, make vitamins and produce hormones. There are two types of cholesterol: LDL or ‘bad’ cholesterol and high-density lipoprotein (HDL) or ‘good’ cholesterol.

High levels of LDL cholesterol are bad for the cardiovascular system because they contribute to the fatty buildups in the arteries – known as atherosclerosis – which increases the risk of heart attack and stroke.

On the other hand, HDL cholesterol carries LDL cholesterol away from the arteries and takes it to the liver to be broken down and removed from the body.

However, a 2015 study determined that the polyphenols found in extra virgin olive oil also play a significant role by preventing HDL cholesterol from being damaged by oxidative stress, which improves its ability to transport LDL cholesterol away from the arterial walls.

An estimated 422 million people have diabetes globally. Of these, about 90 percent have type 2 diabetes.

Type 2 diabetes is caused when cells in the body do not respond normally to insulin so the pancreas continues to produce more of it to try and elicit a response.

This causes blood sugars to rise to unhealthy levels, which can lead to other health problems such as heart disease, vision loss and kidney disease.

There is no cure for diabetes, but extra virgin olive oil consumption has been linked to a number of benefits in diabetic people.

A 2017 study found that participants who consumed high levels of polyphenols had a 57 percent lower chance of developing type 2 diabetes over a two to four-year period.

One of the reasons why the consumption of polyphenols lowered the chances of an individual’s developing type 2 diabetes may be that polyphenols help stimulate insulin secretion, which moves sugar from the bloodstream and deposits it into cells. This keeps blood sugar levels stable.

Furthermore, a 2017 meta-analysis of four cohort studies comprising 15,784 participants found that people who consumed the highest levels of olive oil had a 16-percent reduced risk of type 2 diabetes compared to those who consumed the lowest amounts.

Polyphenol-rich diets are linked to lower fasting blood sugar levels and higher glucose tolerance, both of which reduce the risk of contracting type 2 diabetes.

Along with cardiovascular disease, cancer is one of the leading causes of death worldwide. According to the WHO, 10 million people died from cancer in 2020.

However, landmark research in 2015 demonstrated that oleocanthal, a polyphenol found in extra virgin olive oil, can disrupt and even kill cancer cells.

Oleocanthal does this by causing a rupture in part of the cancerous cells, which releases an enzyme that causes the death of the cell without harming healthy cells.

This study had a snowballing effect in the cancer research world and has led to the development of oleocanthal-based treatments against certain forms of breast cancer.

Researchers at the University of Louisiana-Monroe previously found that an oleocanthal-based treatment may suppress the initiation and progression of triple-negative breast cancer, the most deadly kind.

A separate study published in 2014 demonstrated that in a laboratory setting, hydroxytyrosol, secoiridoids and lignans, three types of polyphenols, inhibited the growth of colon cancer cells.

The polyphenols did so by mimicking the signal sent by estrogen receptor β, which is the body’s natural defense against the growth of cancer cells in the colon. The disease only begins to proliferate when the signals sent by this receptor fade.

Since the discovery of the role of polyphenols in fighting the development of cancer in the mid-2010s, plenty of research has been dedicated to the role of the Mediterranean diet in fighting cancer.

Along with EVOO, the Mediterranean diet includes the consumption of plenty of fruits, vegetables, seeds and whole grains, many of which contain other types of polyphenols.

A meta-analysis of 13 studies conducted in 2019 found that medium to high adherence to a traditional Mediterranean diet appeared to have a protective effect against bladder cancer.

While the researchers could not isolate any particular food that appeared to be having the desired effects against bladder cancer, experts suggested that how the foods combined during digestion and their anti-inflammatory properties played a role in yielding the results.

Consuming a Mediterranean diet has also been associated with a decreased risk of prostate cancer in men. Diets high in trans fats and saturated fats lead to oxidative stress in bladder cells, leading to DNA damage. This DNA damage may lead to mutations in the cells, causing cancerous tumors.

However, the polyphenols found in EVOO and other foods of the Mediterranean diet have the opposite effect, preventing oxidative stress in these cells and therefore the development of cancerous tumors.

Researchers warn that by 2050, more than 153 million people could have dementia worldwide, nearly triple the amount that had dementia as of 2019.

However, lower levels of dementia have been observed in populations living in the Mediterranean region for many years.

Observational and controlled trials have shown that adherence to the Mediterranean diet and extra virgin olive oil consumption is associated with improved memory and cognition in the elderly.

Alzheimer’s disease is the most common type of dementia and begins to occur when deposits of beta-amyloid proteins form plaque in the brain that eventually disrupt nerve cell functions and cause neurons to die.

Laboratory and animal experiments have both demonstrated that oleocanthal promotes the production of two other proteins that play an important role in preventing the buildup of plaque in the brain.

EVOO has other health benefits too

While extra virgin olive oil’s health benefits are most widely associated with mitigating the risk of cardiovascular disease and dementia and preventing cancer, numerous other studies show a range of benefits from its consumption for other parts of the body as well.

For example, a 2021 study found that following the Mediterranean diet may delay the onset of Parkinson’s disease by up to 17 years for women and eight years for men.

Parkinson’s disease is a degenerative disease of the central nervous system that has no cure. Researchers said that the polyphenols found in extra virgin olive oil protect against the disease by reducing oxidative stress in the brain.

Another study published last year showed that diets high in monounsaturated fast, such as the Mediterranean diet, boosted testosterone levels in men with insufficient amounts. Low levels of testosterone in men have been linked in previous studies to depression, cardiovascular disease, diabetes and dementia.

Researchers in Spain also published a study in 2021 that found systemic lupus erythematosus patients who followed the Mediterranean diet experienced an improvement in the course of the disease.

Lupus, an autoimmune disease, has no cure, but patients who followed the Mediterranean diet had lower rates of obesity and cardiovascular disease, both of which are common comorbidities for patients.

This section of the article could be extended into a book, if not an encyclopedia. There are studies that link adherence to the Mediterranean diet with lower levels of rheumatoid arthritis in smokers, decreased risk of the small for gestational age condition in newborns, improved stress management and restored healthy gut bacteria in the digestive tract, which helps with weight loss.

Summing it all up

EVOO is the keystone ingredient of the Mediterranean diet. It is no coincidence the eating program was just named the best overall diet for the fifth year running by U.S. News & World Report.

Consuming between one and four tablespoons (18 and 70 millilitres) of EVOO per day will begin to provide the many health benefits associated with Homer’s “liquid gold.”

However, EVOO is far from a silver bullet. To enjoy its health benefits, EVOO consumption should be part of a nourishing diet along with plenty of exercise and other healthy lifestyle choices (i.e., drinking alcohol in moderation, not smoking and finding ways to destress). 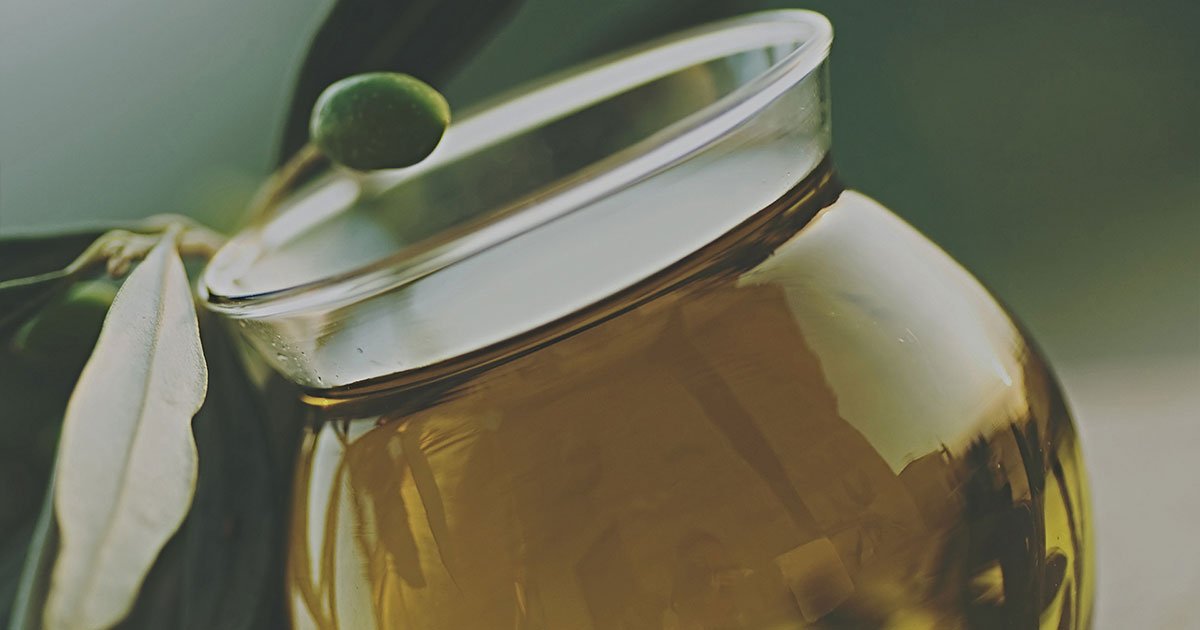